Welcome to another Flashback Friday Blog Hop!
Thanks again to Magical Days With The Mouse for hosting!
It was Labor Day weekend and I was drinking around the world with my friends.  They really wanted to eat at the Rose and Crown, but we were already working our way towards the Mexico Pavilion.  In Norway, we tried to go on Maelstrom but as we were waiting on line the ride shut down.  Disappointed, the rest of my group went back to the Rose and Crown while I continued on in my quest for a margarita at La Cava del Tequila.

After enjoying my drink and a spin on the Gran Fiesta Tour, I started to walk back towards the U.K. pavilion.  Since it was on the way, I decided to pass by Maelstrom to see if it had reopened.  It hadn't but the cast member standing by the door said it was only a matter of minutes before they reopened.  I chatted with him while we waited - a nice guy from Ohio.  Only a few other people were waiting around, but even so, I had the gift of freedom - no strollers or companions to drag with me.  I was light as a feather.  After all, it had worked for me before!
And yes, I was the first in line, when the doors opened a few minutes later.   And yes, when I got to the boats, the cast member told me they needed to send a test boat down.  And yes, I was delighted to have MY OWN PRIVATE RIDE VEHICLE on Maelstrom.  And yes, I WILL show you some pictures from that ride (but beware, I was a little tipsy taking them - after all, I had just finished drinking around the world!).  Please enjoy: 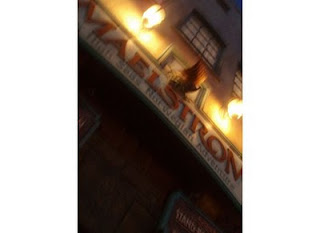 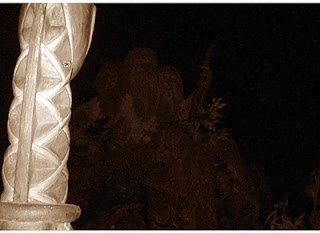 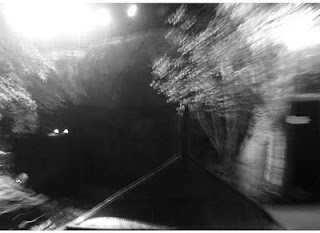 And the best news of the night: 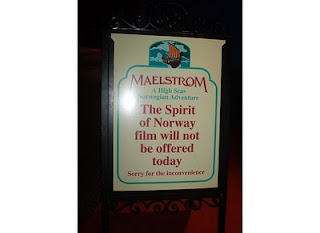 Thanks for hopping along!  Now hop on to the next stop!