Continuing on my BabyCakes NYC eating extravanganza. To catch up on the background and explain why I have SUCH quantities of vegan, everything-free, baked goods, check out the introductory post (with lots of pics!). And here is Part II and Part III of my review.


Okay, we were closing in on why the cupcakes were tasting weird.  Could it be a lack of sweetness that made certain flavors (that probably needed mellowing) more intense?  I returned to the final four: 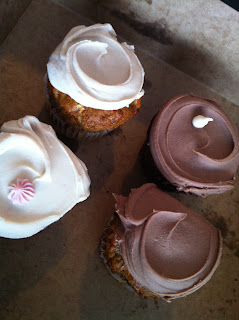 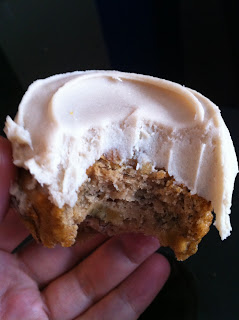 We (ahem, I) began with the Maple/Banana.  For something supposedly flavored with maple, you would think it would be sweet - it wasn't!  It definitely needed more sweetness.  And I can't remember the maple flavor - possibly it was non-existent.  The whole thing was okay.  There was definitely banana in the cake which was nice.  There were worse . . . . 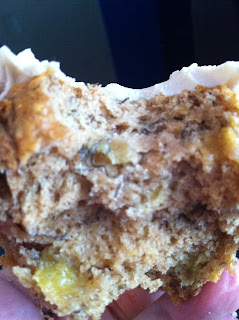 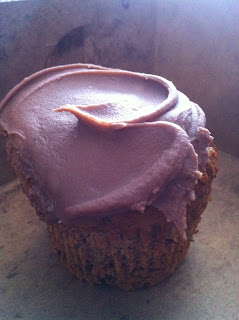 And speaking of worse, the Chocolate/Banana was NOT good guys.  I started to realize that BabyCakes doesn't do chocolate very well.  There wasn't enough fat/creaminess OR sugar to bring out the chocolate.  It just tasted bitter and intense and negatively changed the flavor of the chocolate; the banana cake part was also not sweet enough (had it been sweeter it could have helped the chocolate frosting part).  Dislike. 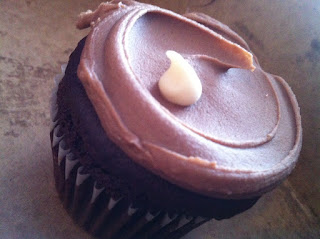 The Chocolate/Chocolate cupcake confirmed my suspicion that BabyCakes needs to work on it's chocolate execution.  And let me tell you, I LOVE chocolate and I pretty open-minded on the quality of food I will eat.  So the fact that I didn't push myself to finish this double chocolate cupcake is VERY telling. 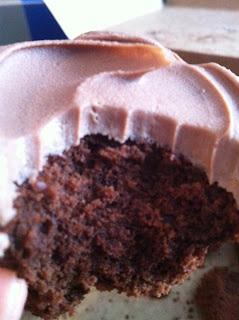 Finally, the Vanilla/Carrot was meh.  The cake was a little tough (this was a mild trend throughout most of the cupcakes I tried).  Pretty shape in the frosting though: 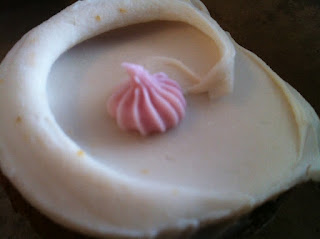 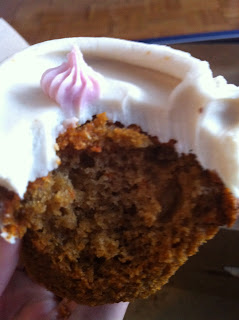 So that wraps up my BabyCakes reviews.  Clearly they need to work on their cupcakes and getting the sweetness level right. It was okay but I'm not in love.  I may make one more trip but other than that, I think I got a really good sampling of their menu.  Although a (non-chocolate) frosting shot from the Downtown Disney location wouldn't be a bad thing . . .